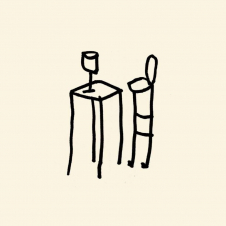 This 65-seater on the first floor of the heritage-listed Hardware House building is named for its history as a social club for hardware trade workers in the mid-1890s.

Some of head chef and co-owner Nicola Dusi's (previously at Baby Pizza and D.O.C.) dishes are plays on classics, such as whipped salt cod topped with capers and olives. Others are more personal, such as tinned anchovies with house-baked bread, a dish typical of Dusi's hometown of Valpolicella, in Italy.

A small woodfired oven produces a few textbook pizzas, crisp-skinned roast chicken with lemon mayo, baked brussels sprouts, and roasted bone marrow, which comes with parsley and shallots to spread like butter on freshly baked pane de casa. Pastas include rigatoni bolognaise, spaghetti amatriciana with pork jowl and osso bucco encased in long ravioli and serves it with saffron cream. There’s also cacio e pepe, but in a deep-fried toastie with mozzarella and leek. For dessert there’s tiramisu, a recipe carried over from the restaurant’s life as Ciao Pizza Napoli.

The drinks list is big on Italian wine, with drops sourced from the family-run Masi winery in Verona, and organic varietals from Sicily and Tuscany. Ceriani supports local Italian winemaking families in Australia, too, with bottles from DiGiorgio Family Wines in Coonawarra on the list, among others.