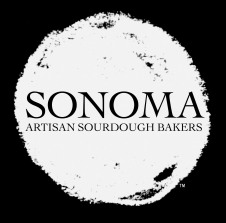 For the love of bread

Sonoma's story begins in the late 1940s, with a little boy’s adventures in a country bakery. As a young boy, Kerry Connole would visit his grandparents at their Busy Bee general store in the NSW country town of Bellata. But it was in the adjoining, 24sqm bakery that he spent most of his time. Kerry would watch the local baker kneading, stretching and shaping dough, before putting it in the oven where it was transformed into golden loaves. He didn’t know it yet, but that experience would be the beginning of Sonoma.

Years later, on a whim, Kerry leased the old bakery for $1,000 per year and restored it with his sons Andrew and Christian. It was 1997 and none of them had ever baked a loaf before, all they knew was that they wanted to make beautiful, wood fired bread.

Learning from the masters

In 1998, Andrew travelled to San Francisco to learn all he could about the art of sourdough. He stayed with Alan Scott, a pioneer of wood-fired oven building. Here Andrew was inspired by the Northern Californian-style of baking naturally fermented sourdough bread, directly on the hearth of a wood-fired oven and he was determined to recreate this in Australia.

His next stop would be Point Reyes in California where he met the maestro of sourdough, Chad Robertson. Chad was baking what Andrew considered to be the best sourdough bread he had ever eaten out of an Alan Scott-designed oven in an outdoor converted laundry.

Andrew relished his time with Chad, he watched closely, took photos and studied his process. With a head full of ideas, a suitcase full of notes and a precious jar of Chad’s sourdough starter, Andrew headed home. He was fired up with passion and purpose and was determined to bake the perfect loaf of naturally fermented sourdough, Northern California style.

Back in Bellata the family sourced a 100-year old mixer and a timber shaping bench before setting off on their tireless mission.

For the next two years, each Thursday Andrew and Christian would embark on the gruelling 1,080km round journey from their home in Terrigal to the country bakery in Bellata. There they would mix, shape and bake 300 loaves of sourdough, returning home Friday evening with no more than 2 hours of sleep under their belts and a car full of freshly baked bread. Kerry would sell these loaves at the Paddington markets on Saturdays and while these early years were tough, they were all determined to build something from nothing.

Everybody loved their bread and by 2000, demand was so great they decided to move Sonoma to Sydney. They baked their final loaf in Bellata in May, 2000 and flew Alan Scott from San Francisco to Sydney to build Australia's first Alan Scott-designed wood fired oven. In March 2001 Sonoma sold its first wholesale loaf of sourdough bread in Sydney.