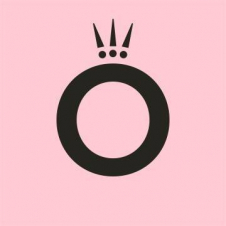 It all started in 1982. In a small jeweller’s shop in modest surroundings in Copenhagen, Denmark, Danish goldsmith Per Enevoldsen and his wife Winnie began the journey of what would one day become Pandora.

From the beginning, they often travelled to Thailand in search of jewellery for importing. As the demand for their products increased, their focus gradually shifted towards wholesale to clients in Denmark.

In 1987, after several successful years as wholesalers, the retail activities were discontinued and the company moved to larger premises. Meanwhile, the first in-house designer joined the company and Pandora began to focus on creating its own unique jewellery. In 1989, the company decided to start manufacturing its jewellery in Thailand.

In 2000, Pandora’s charm bracelet concept was first launched in the Danish market. Consumers embraced the concept, and in the following years, driven by growing demand, the company began to expand internationally, entering new markets such as the United States in 2003 – today the company’s largest market – and Germany and Australia in 2004.

Over the following years, Pandora rapidly expanded its market presence from a Scandinavian platform to an international marketing and sales platform driven mainly by third party distributors and strong production capabilities in Thailand.

In 2008, Axcel acquired 60% of Pandora, and two years later, in 2010, Pandora was listed on the NASDAQ OMX Copenhagen Stock Exchange.