Ormeggio at The Spit is a fine dining restaurant specialising in Contemporary Italian cuisine.

With a gorgeous a la carte menu to choose from, along with our signature degustation menus also available, there are dining options for everyone.

Awarded two Chef's Hats in the Sydney Morning Herald’s Good Food Guide 2019, and has been a hatted restaurant since opening in 2009. Ormeggio is currently rated #10 in NSW Delicious 100 list with the title of Best Italian Restaurant, and #44 in Gourmet Traveller’s Australia’s Top 100 Restaurants. 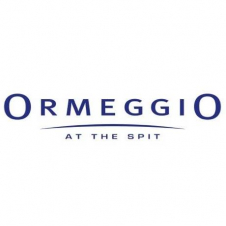 After honing his culinary skills in his native Lombardy, and working in a number of Michelin-starred restaurants in France and Italy, chef Alessandro Pavoni settled in Australia in 2003, landing the role of Executive Chef at Sydney’s Park Hyatt. In 2009, he realised his dream of opening his own restaurant and Ormeggio at The Spit was born. Ormeggio was included in The Australian’s prestigious Top 50 restaurants, and has held two coveted Chef’s Hats in The Sydney Morning Herald Good Food Guide since 2013. In 2014, Alessandro opened Via Alta restaurant in Sydney’s Willoughby, featuring the flavours and time-honours recipes of his beloved Lombardy – and this is the food he shares with us in his first cookbook, "A Lombardian Coobook". Chiosco by Ormeggio, a real seaside trattoria offering breakfast, lunch and dinner, opened in the marina adjacent to Ormeggio in late 2014. Sotto Sopra is a relaxed yet sophisticated woodfired trattoria, Located in Newport on Sydney’s northern beaches, it opened early 2017.