Bentley Restaurant + Bar is one of the most influential restaurants in Australia.

Bentley Restaurant + Bar was opened in March 2006 by chef Brent Savage and sommelier Nick Hildebrandt in a former pub in Surry Hills. It was a new kind of restaurant for Sydney –one where the food could challenge and inspire you, but in a relaxed atmosphere where you could find an eclectic list of wines not offered anywhere else.

With Brent’s clever, flavoursome food and Nick’s love of introducing customers to wines by international boutique producers, Bentley Restaurant + Bar quickly earned a reputation for leading diners to some new and exciting places. The vision paid off and Bentley was named Best New Restaurant’ at the Sydney Morning Herald’s 2007 Good Food Guide Awards, as well as earning two chef’s hats and a coveted wine glass, which it has retained ever since.

In 2013 the Bentley Restaurant and Bar moved from its original home in Surry Hills to a bigger, grander space at the Radisson Blu Hotel in Sydney’s CBD. With its majestic façade and contemporary interior designed by award-winning Melbourne architect Pascale Gomes-McNabb, Bentley Restaurant + Bar found the perfect home. 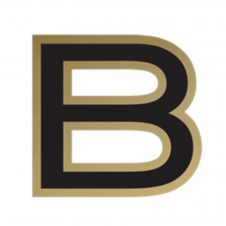