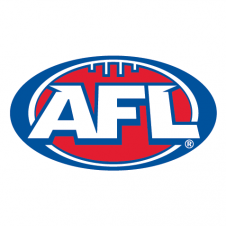 Wills publicly called for a game to keep cricketers fit during the winter of 1858, while on August 7 that same year, Melbourne Grammar began a 'football' contest against Scotch College that took three Saturdays to be concluded.

On May 17, 1859, Hammersley, Smith, Thompson and Wills, gathering at Bryant's Hotel in East Melbourne, wrote the 10 rules that formed the basis of what has become today's game. The original rules and the hand-written document can be accessed here.

Melbourne and Geelong, respectively founded in 1858 and 1859, are among the oldest continuous sporting clubs in the world, while many current clubs across Australia, be that at AFL, state league or local/country/regional level, date their history at 140+ years and more, as the new sport took hold in the colonies from the late 1850s onwards.

In 1896, VFA clubs Geelong, Essendon, Collingwood, Fitzroy, Melbourne and South Melbourne met to form the VFL as a break-away competition, with Carlton and St Kilda later invited to join for the new season the next year.

From 1897, Victoria operated with two senior leagues within the state, the newly-formed VFL and the continuing VFA.

The first national carnival of state leagues was held in 1908 and the game across Australia up to the late 1980s was primarily state-league focussed, with representative football between the senior leagues. National carnivals were usually held every 3-4 years and while nearly all senior leagues ceased for some period during WW1, quickly returned to full competition afterwards.

In 1982, VFL team South Melbourne relocated to a NSW base as the Sydney Swans, beginning a period of major change within the game and the first steps to the establishment of a national competition, away from the primacy of respective state leagues, wich remain in place now. From this time in the 1980s, the VFL competition increased in strength relative to other state leagues as leading players from around the country increasingly began to play in this competition, or join this competition for parts of their senior careers.

In 1987, further significant change occurred when the VFL competition moved to expand to 14 teams and include the West Coast Eagles and Brisbane Bears.

The VFL changed its name to the AFL in 1990, and further expansion followed in 1991 (Adelaide Crows), 1995 (Fremantle) and 1997 (Port Adelaide), coupled with a 1996 merger between the Brisbane Bears and Fitzroy, giving the competition two teams in each of WA and SA, and one team apiece in Qld and NSW.

A second wave of expansion in the second decade of this century, with the addition of the Gold Coast Suns and the GWS Giants, now sees the AFL with two teams in each mainland state.